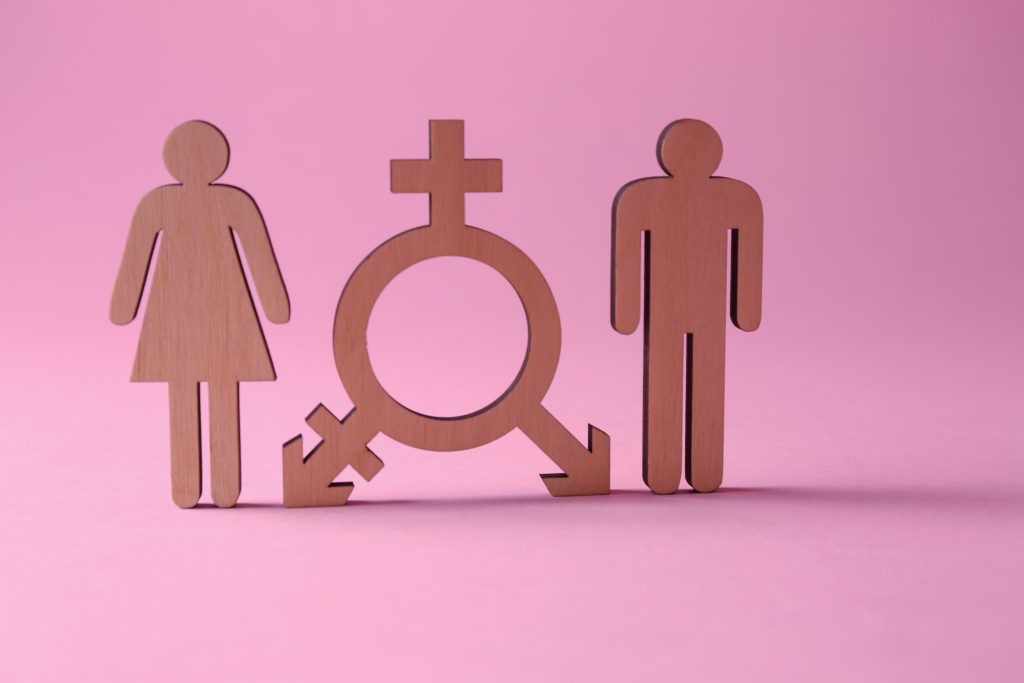 If you’re a transgender woman, transgender man, or nonbinary person, you may have a long list of things you’d like to change as you begin your transition.

For many, a big aspect of this is their voice.

If your voice causes you gender dysphoria, we can help.

Whether you would like to create a voice that’s more passably feminine, passably masculine, or somewhere in between, we can help.

Before we get started, it’s important to note that the goal of transgender speech therapy is to relieve feelings of gender dysphoria.

Regardless of how your voice sounds, your gender is still valid. Transgender speech therapy cannot change your gender, because you already are your gender.

But just as the other aspects of a transition don’t change your gender, they can make you feel more comfortable in your own skin.

If your voice is a cause of dysphoria, we can help. But if it doesn’t bother you, that’s good too. Our goal is not to make anybody feel worse about their voice, so if you’re happy with the way you currently speak, that’s great.

However, many trans people describe wanting to change their voice, and if that’s you, let’s talk.

Here are some of the most common reasons why trans people want to change their voice.

To Avoid Being Misgendered On The Phone

As transgender awareness increases, more and more people are recognizing that the polite thing to do is refer to a binary trans person as the gender they seem to be presenting as, unless otherwise noted. So if somebody sees you in person, and they aren’t being a jerk, it’s likely they will gender you correctly (if you’re a binary trans person, that is).

However, the visual aspect of gender disappears over the phone.

One of the most common reasons people seek out transgender speech therapy is because they are frequently misgendered over the phone. In some cases, this can lead to humiliating circumstances, like having your bank account closed because the person answering the phone at the bank refuses to acknowledge your gender.

While it would be nice if the rest of society would catch up, transgender voice therapy can at least take care of the problem for you.

If you’ve never experienced gender dysphoria, it’s a very difficult concept to describe. On the other hand, if you have experienced it, no explanation is necessary.

For some, a big source of gender dysphoria is their voice. If that’s true for you, transgender speech therapy can help.

The sad reality is that existing openly as a transgender person can be dangerous. While we applaud those trailblazers who live openly and proudly as transgender people, others may want to try to blend in with cis society in order to protect themselves from directly experiencing transphobia.

Without judgment one way or another, we can help.

Here at Voz Speech Therapy, we listen to transgender people.

Although we ourselves are cisgender, we take the transgender community into consideration when offering these services.

So we understand and recognize how transgender speech therapy can trigger feelings of dysphoria. Although it’s designed to relieve those feelings in the long run, this is one of those situations where it might get worse before it gets better.

However, we pledge to:

We’re committed to making you feel safe and comfortable in our space.

When you experience testosterone-driven puberty, your vocal folds thicken, which is what produces a deeper voice. This might be exciting to cisgender men as they experience puberty, but for trans women it can be extremely distressing.

Unfortunately, estrogen doesn’t reverse that effect. If you have gone through testosterone-driven puberty, nothing short of surgery can reverse the effect testosterone had on your voice.

However, there are still ways you can train your voice to sound more feminine.

Through a series of sessions, you and your speech therapist for transgender women will work through vocal exercises designed to increase your pitch and brighten your resonance, allowing you to create a more feminine-sounding voice.

The effect that testosterone has on your voice is the same regardless of whether it’s your first or second puberty. So as a result, hormone replacement therapy does have a deepening effect on the vocal folds of a trans man.

However, having gone through estrogen-driven puberty first does have different effects.

In some cases, testosterone may be enough to give you the voice you want.

However, it may also be the case that testosterone either has little effect on your voice, or it doesn’t get you where you want it to be.

And at the same time, not every trans man is able or willing to take testosterone.

If you’re a trans man who wants to change your voice, we can help.

Because there is so much variety in nonbinary identities, speech therapy can differ wildly from person to person.

For transmasculine nonbinary people, on the other hand, transgender speech therapy may resemble what we do for trans men.

And of course, you may want to create a more androgynous voice for yourself.

Regardless of which category you fall into, we can help.

With the help of one of our speech therapists, you can feel more comfortable in your voice.

Book your appointment with Voz Speech Therapy today to find out how.

Discover how to free your voice and communicate clearly.