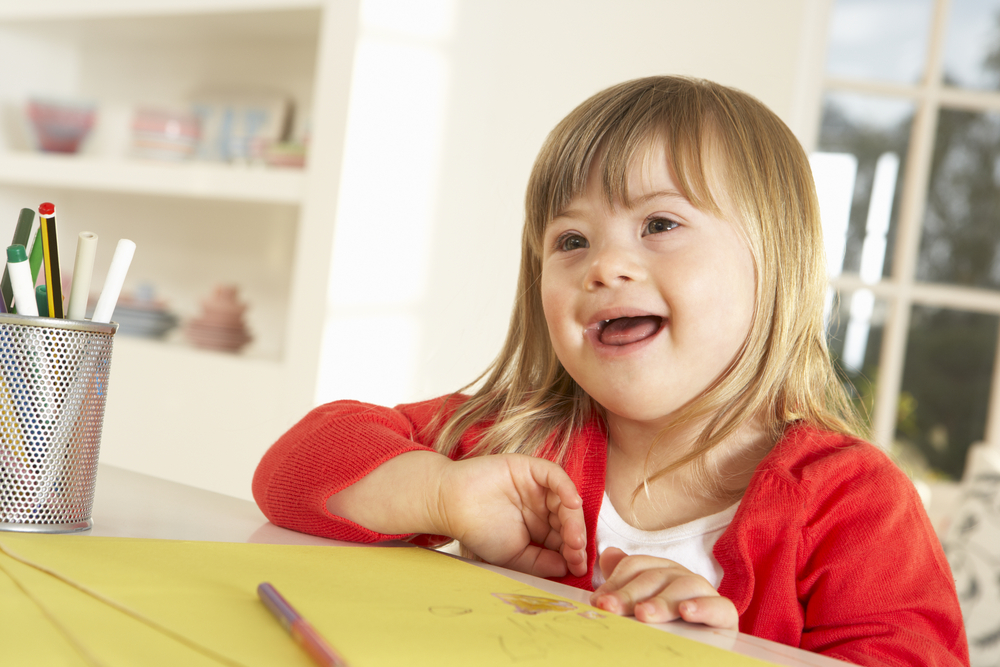 When you hear the title “speech therapist” you might think the practice is mostly related to speech. That’s understandable.

However, the full name is speech-language pathologist, and the reason for that is that we treat more than just speech disorders.

As a result, a speech therapist might not be the first person you think of when you notice your child has a disability. But that doesn’t mean we can’t help.

Below, you’ll find some more information about the type of disabilities and impairments we can help with.

When babies learn to speak, they do so by observing the world around them. They observe you and the other older people in their life and begin to imitate them.

However, that becomes more difficult when a baby is born with hearing loss.

A child with hearing loss will miss out on some or all of the sounds they would otherwise hear when learning how to communicate. This can lead to:

Your pediatric speech therapist will work with your child, observing and evaluating how their communication skills have developed, and where they’re falling behind.

Early intervention is incredibly important when it comes to speech therapy for children with hearing loss. So much of our speech and language skills are developed at a young age that if they fall behind, it can be difficult for them to catch up. As a result, if you discover your child has either full or partial hearing loss, see a speech therapist right away.

If you notice your child is struggling with reading, writing, or spelling, they may have a learning disability.

Of course, every child will mistake a b for a d when they’re first learning these skills. This isn’t generally a cause for concern.

However, if they show the following signs, it may signal a learning disability:

Your child’s speech therapist will build on what your child learns in school to help them work through their learning disability and build literacy and comprehension skills.

If your child is showing signs of a learning disability, speak to a speech therapist as soon as possible.

A written language disorder is a disorder where your child has significant issues with reading comprehension and written expression. This is more commonly known as dyslexia.

Children with dyslexia on average tend to be no more or less intelligent than children without — it’s an issue with understanding how words go together.

The most commonly understood symptom of dyslexia among the general population is writing letters backward. That’s true, but there are many other symptoms as well.

Before your child begins school, signs they may be dyslexic include:

Once they reach school age, the symptoms tend to become more obvious. They include:

This can cause major issues with your child’s ability to learn and develop their skills.

Dysgraphia, on the other hand, is related to an impairment in writing.

This is thought to be linked with a child’s orthographic coding skill – this is the skill that allows us to store written words in our working memory temporarily while we analyze them and figure out what they mean. Orthographic coding is often impaired in kids with dysgraphia.

This impairment can disrupt their process of learning how to read and write, causing significant delays and issues in school.

Note that dysgraphia is not a muscular disorder. However, kids with dysgraphia may occasionally have minor muscular issues related to sequential finger movement – the ability to touch their thumb to their fingers without looking.

We’ll begin with a speech therapy evaluation. The goal is to get to the bottom of your child’s issues and determine whether it’s dyslexia, dysgraphia, or another disability. From there, we’ll work to understand how your child’s dyslexia or dysgraphia is affecting them specifically, and put together a treatment plan to help.

Dyslexia and dysgraphia can be frustrating conditions to live with, but speech therapy treatments can help.

Speech Therapy For Down Syndrome

Children with Down syndrome are born with an extra copy of their 21st chromosome. This has wide-ranging effects on their health and development, but it can particularly affect their speech and language development.

The following signs of Down syndrome can affect the way their speech and language skills develop:

The way Down syndrome affects speech varies from person to person. Some children with Down syndrome may have little or no difficulties with speech or language, while others may be unable to speak entirely.

Regardless, at Voz Speech Therapy, we can help.

We’ll begin with an evaluation of your child, taking the time to understand their speech and language deficits. From there, we’ll build a treatment plan to help. This may include:

With the help of speech therapy and other therapy providers, children with Down syndrome can grow up to be happy, productive adults who live fulfilling lives. We can help.

Does your child have a learning, reading, or developmental disability?

Are you concerned their hearing loss or frequent ear infections are affecting their language development?

Book a consultation today to find out how.